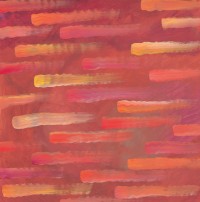 Transmuting residual memories from the past and accelerating your evolution.

This work helps to liberate us from blockages which paralyse our life, and to unknot recurring difficulties disturbing our relationships. PMT is a quantum, fifth dimension, technology which transmutes residual memories from the past and accelerates our evolution.

Personal PMT Sessions in Chiang Mai or in Europe 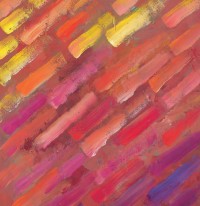 PMT, in transmuting old, often unconscious, memories, liberates us from blockages which paralyse our life, unknots recurring difficulties disturbing our relationships and accelerates our evolution.

PMT is a technology that is used for transmuting memories, chosen by the soul, during a 35 to 45 minutes session.

In transmuting the residual memories from the past we prevent complementary polarity to take place and we neutralise the remaining unrefined parts of ourselves. In this way, the future turns into becoming, since the past, as producer of the future, vanishes with its horde of attachments, anniversaries, commemorative rituals with their alienating habits and so on.

The DNA 850 encoders are glass tubes encoded by sounds that are themselves arranged according to sets of numbers and various calculations. Because of the 10 000 codes they contain, the encoders move the energy bodies in a quantum way to an octave of higher frequency. Thus, the memories gain density within the space surrounding the person, forming a pyramidal transmutation room. The operator — not the therapist — is acting in this space, burning these memories with a DNA 850 encoder.

Joël Ducatillon's work started in March 2000 with the creation of multipliable ad infinitum diamond water. This water was transmitted to humanity and is still shared today in many places of the world. After some more discreet steps, and 9000 additional codes, these encoders are now used for the practise of PMT (Pyramidal Memories Transmutation).

PMT is a fifth dimension technology. At this level of consciousness, we don't speak about therapy or spirituality anymore, because spirit and matter are united in one. Operators motivated by the heart give the transmutation sessions. Their goal is to help the souls in demand for growth and realization. Within this wonderful work, neither the person nor the operator has any influence at all on the process, whatever their level or their intention might be.

It seems that seven sessions are necessary to enable most of the blocks to be smoothed out. It is suggested to continue this work regularly in order to refine one's evolution process. But any number of sessions will be beneficial, so feel free to choose.

A waiting period of at least three weeks between sessions is recommended. This will allow the work of the previous session to integrate fully.

The pictures on this website are Healing Paintings by Pierre Wittmann

Made with SimDif 2
Created by Pierre Wittmann